Mayor Pete Reconsiders His College Essay About Radiohead, DMB, and 9/11: “We All Evolve” 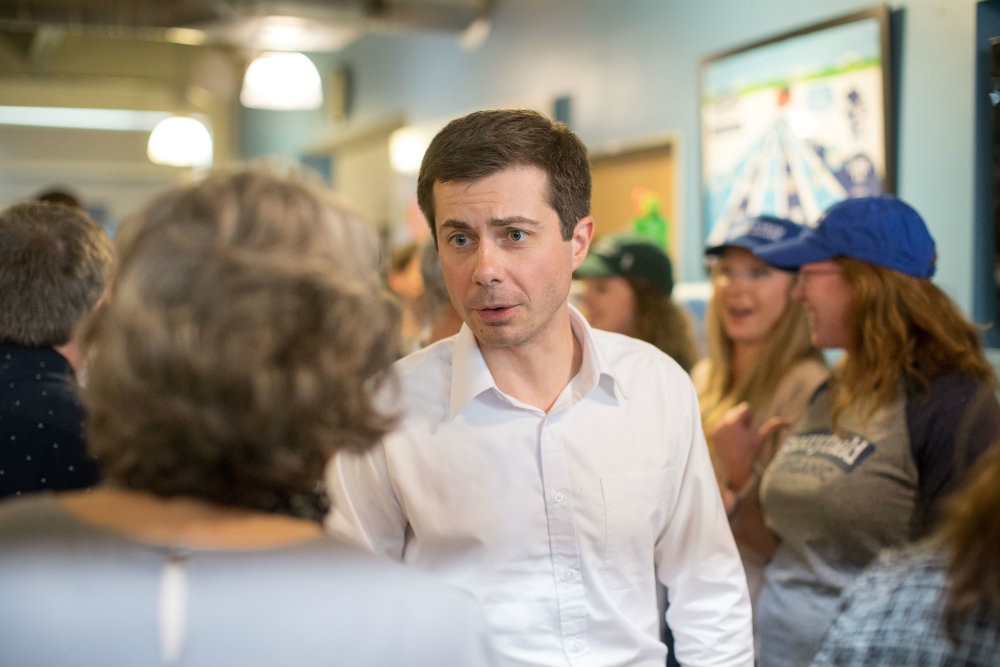 South Bend Mayor Pete Buttigieg gave us another illuminating peak into his musical tastes in a recent interview with the Los Angeles Times. At one point, Buttigieg was asked about the Harvard Crimson essay he wrote in 2003 as an undergrad on Dave Matthews Band, Radiohead, and 9/11.

“One summer later, it seemed everyone on campus was listening to Radiohead. The band’s tone of alienation and danger—more than one reviewer has found the word ‘unwell’ an apt term for their feel—touched a nerve in America, which speaks volumes about how quickly things changed,” Buttigieg wrote in the essay. “The band’s frontman, Thom Yorke, admits puzzlement at why they continue to catch on, telling a reporter he’s ‘never been able to understand why so many people get it.’ But given the temperature of the times, it should surprise no one that their dyspeptic experimentation is popular. We, too, are nationally unwell.”

We at Spin were entertained by Buttigieg’s overwrought but charming essay appointing Thom Yorke as his spiritual sherpa through post-9/11 millennial trauma, but the 2020 hopeful didn’t even remember writing the piece when the Los Angeles Times brought it up. From the Times:

I listened to a lot of Radiohead around the last inaugural, I’ll tell you that.

Yeah. They’re pretty timely in that sense. I remember being in a very bleak mood about the world when I was a graduate student. And it was around that time that Thom Yorke’s “The Eraser” came out. It captured that sense of illness around that time.

So it sounds like your position on Radiohead has evolved since you wrote about “Kid A” in your college paper.

Oh, God. I don’t even remember that. What did I say?

This was in 2003. You were writing about Dave Matthews, but there’s an implication that Radiohead’s popularity was a symptom of our post-9/11 malaise — that their “dyspeptic experimentation” struck a chord with people because “We, too, are nationally unwell.”

Oh, interesting. We all evolve.

Another bit of insight into 2020 hopeful came when he was discussing the music he listened to circa 2014, when he was deployed to Afghanistan for seven months as a naval intelligence officer.

“I brought a harmonica with me. I couldn’t bring a guitar, but I did have access to one some of the time I was there. And I had my playlists,” he said. “But the song I associate most with my deployment is ‘Happy,’ by Pharrell Williams. It was the song of the summer, or about to be, when I was packing my bags and when I was in combat training.”

Mayor Pete then elaborated on how “Happy” was his soundtrack when he was to learning how to kill people.

“It’s funny — I can still picture the first time I heard it. We were on a school-bus-style vehicle getting us out to the shooting range,” he said. “We’re all in our battle rattle. Like two men could barely sit next to each other on a school bus seat, when you’ve got all your body armor and stuff on. And ‘Happy’ was playing on the loudspeaker of the bus. It was definitely a little unreal.”