Sleater-Kinney – “Can I Go On” 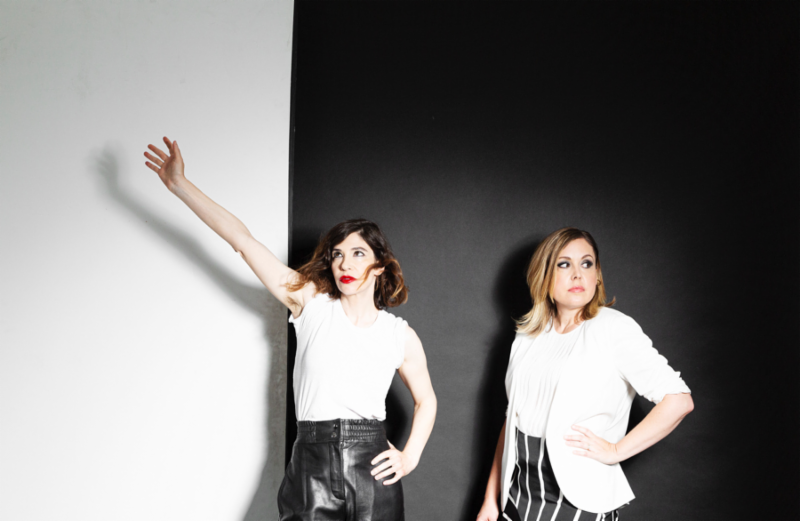 Sleater-Kinney have released “Can I Go On,” the fourth single from their upcoming album The Center Won’t Hold, which was produced by St. Vincent. In a statement about the song, which couples a blown-out earworm of a chorus with grim verses about the state of modern society, guitarist and vocalist Carrie Brownstein wrote: “In this song, a woman’s desire is used against her, so she turns it into a sinister infectiousness. The narrator finds herself on the brink of self-annihilation, grappling with the paradox of an internal darkness at odds with the pressure to outwardly perform modes of joy, relatability, and likability.”

The band previously released the title track from the album, “Hurry On Home,” and “The Future Is Here.” The band’s drummer Janet Weiss unexpectedly announced her departure from the band at the beginning of July, commenting that the band was “heading in a new direction” and that it was “time for [her] to move on.” In a recent Guardian interview, Carrie Brownstein and Corin Tucker explained that they were taken aback by Weiss’ decision, having believed that Weiss was happy with the album, and mentioned that the group had tried band therapy. In response to speculation that St. Vincent’s role in shaping the band’s sound might have affected Weiss’ decision, Tucker and Brownstein explained that Weiss was responsible for bringing the musician on-board in the first place.

The Center Won’t Hold is out on August 16. Watch the lyric video for “Can I Go On” below.