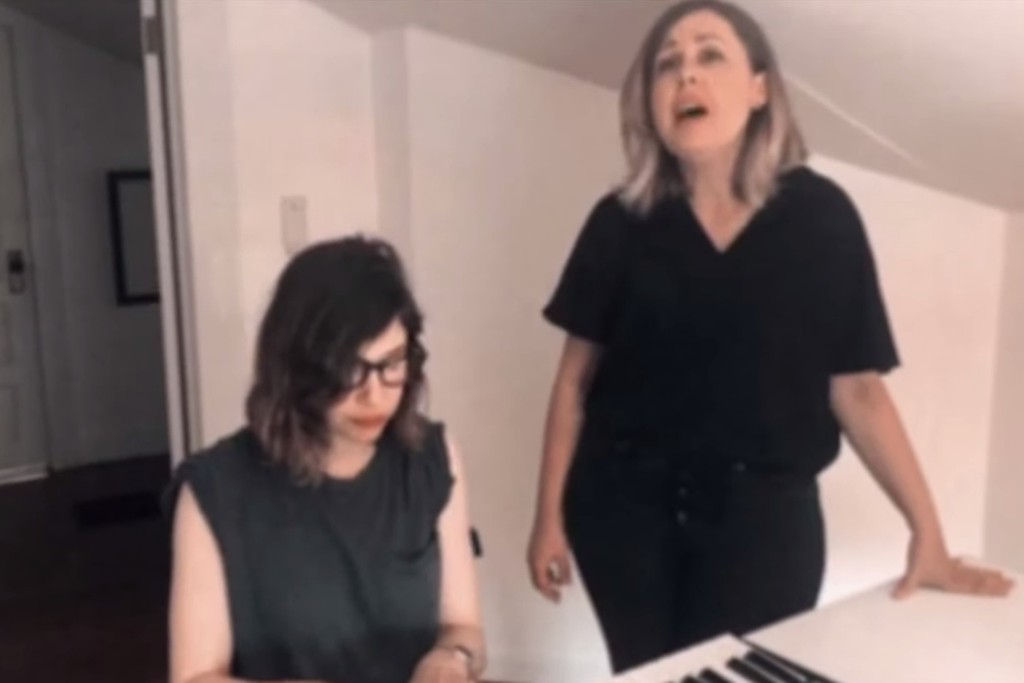 Sleater-Kinney have released one more tease from their new album The Center Won’t Hold, in the form of an acoustic performance video of the yet-to-be-released cut “Broken.” The clip finds the band’s two remaining members, Corin Tucker on vocals and Carrie Brownstein on keyboard, playing a charmingly rough rendition of the song in what looks like a spare room in one of their homes. The track’s “breaking in two” lyrics have the unfortunate effect of playing like a breakup tune following longtime drummer Janet Weiss’ departure from the band last month.

Sleater-Kinney have released the singles “Hurry on Home,” “The Future Is Here,” “The Center Won’t Hold,” and “Can I Go On” in the three-month buildup to the new project, which was produced by St. Vincent. The Washington punks are touring behind the album, their first since 2015’s No Cities to Love, in October and November. Weiss announced her departure, after the album cycle began, in a note that said, “I will never forget the heights we reached or the magnificent times Corin, Carrie and I shared. We were a force of nature.” Brownstein later said the band asked Weiss to stay. “It’s hard and sad,” she wrote, adding, “Her playing on this record is amazing.”