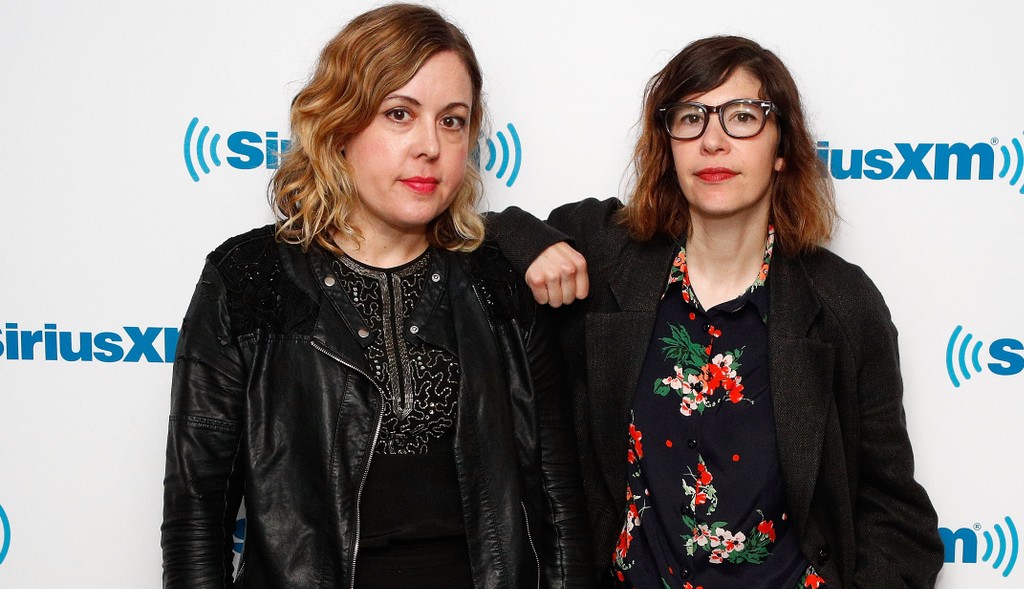 Sleater-Kinney’s new album The Center Won’t Hold is now available on streaming platforms. The band’s ninth album and second since their 2014 reunion, the release was initially announced by mistake on their label’s website, where it was quickly spotted by a fan from Reddit’s indieheads community. Since announcing the record through more traditional channels, the band has released four singles: “Hurry On Home,” “The Future Is Here” “Can I Go On,” and the title track.

The album follows the recent departure of longtime drummer Janet Weiss, who announced last month that she’d be leaving the band after over 20 years together. “The band is heading in a new direction and it is time for me to move on,” she wrote in a statement.

Weiss’ departure comes amid the band’s work with St. Vincent songwriter Annie Clark, who produced The Center Won’t Hold. While fans have speculated that Clark was responsible for Weiss’ decision to leave, the band has stressed in interviews that this was ultimately not the case. “What am I supposed to say? She left. We asked her to stay. We tried,” Carrie Brownstein said last month.

The Center Won’t Hold is their followup to 2015’s No Cities to Love, the band’s first album after a decade hiatus. In the interim, Brownstein worked on Portlandia, her TV show with former SNL cast member Fred Armisen. She later released a memoir titled Hunger Makes Me A Modern Girl.  Check out Sleater-Kinney’s new album The Center Won’t Hold below.