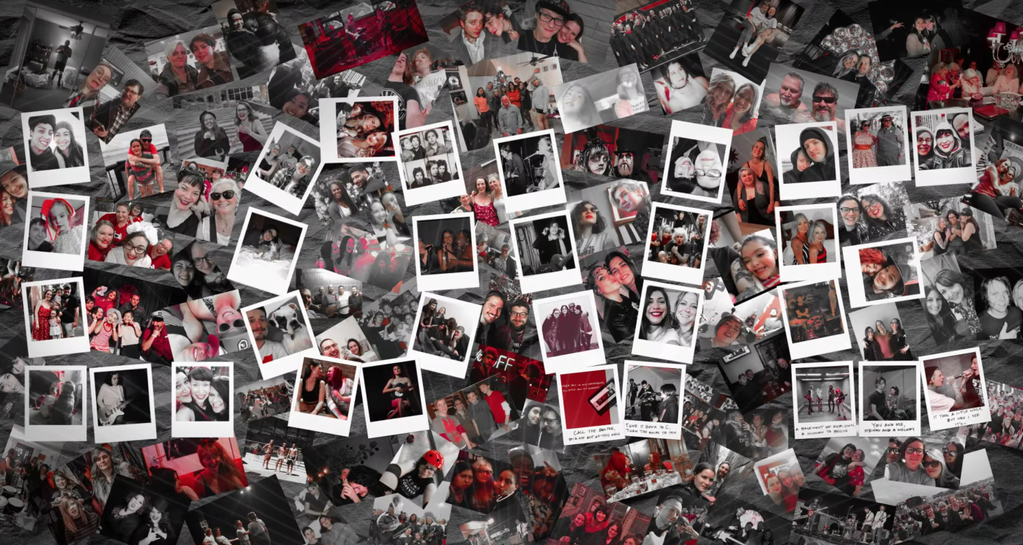 Sleater-Kinney released their ninth album The Center Won’t Hold today. Produced by St. Vincent, it’s the band’s first since 2015’s No Cities to Love, recorded after their 2014 reunion. Today, in conjunction with the album’s release, the seminal indie brand, led by Carrie Brownstein and Corin Tucker, has released a celebratory and playful lyric video for the album track “LOVE.” The clip features a collection of Polaroids taken by fans.

Prior to the album drop, the band released lyric videos for the record’s debut single “Hurry On Home,” “Can I Go On,” and the title track. Earlier this week, they released a clip of an intimate at-home performance of the album track “Broken,” featuring Corin Tucker on vocals and Carrie Brownstein on piano.

In early July, longtime SK drummer Janet Weiss suddenly quit the band, writing that the band “heading in a new direction and it is time for me to move on.” In later interviews, Tucker and Brownstein specified that Weiss was the one who urged St. Vincent to work on the record and seemed happy with the music during the recording process.

Watch the lyrics-based video for “LOVE” below, and listen to the entirety of The Center Won’t Hold here.