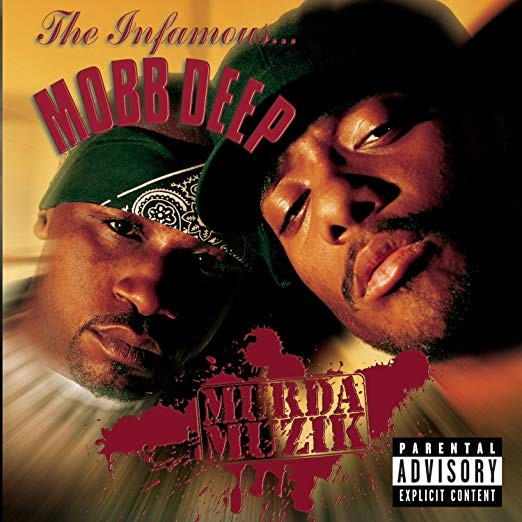 This review originally appeared in the November 1999 issue of SPIN. In honor of the album’s 20th anniversary, we’re republishing it here.

“Take these words home and think it through / Or the next rhyme I wrote might be about you.” It’s MC menace at it’s most succinct: Why show the chrome when a well-phrased rhyme will do? Havoc and Prodigy of the infamous Mobb Deep know a good warning when they write it: First appearing on “Shook Ones Pt. II” (the legendary ’95 single in which the duo redefined fear at the tender age of 21), the couplet shows up again and again on “Thug Muzik,” a deep cut on the semi-new Murda Muzik.

P knows heads won’t mind the reprise, because they’ve been waiting for the next set of remorseless infamous jams since Hell on Earth (1996). An astoundingly grim record in a genre bursting with them Hell sealed Mobb’s rep as the thug’s thugs, a crew guaranteed to give even less of a fuck than the next man.

Murda Muzik’s release redefined “long-awaited”: Advanced copies of the record, in an early draft, were available as bootlegs since late spring, and label reorganizations held up the final release until late summer. Five new tracks have been grafted onto the initial (perfectly good) version of Murda: They include the single “It’s Mine,” featuring Nas doing the world’s worst Brandy and Monica impression, and a relentlessly chill “Quiet Storm” remix starring cameo queen Lil’ Kim.

Even when P bears his soul lamenting his “dearly departed” on the mournful “Where Ya Heart At?,” it’s still covered in Kevlar: “We all strive for a better tomorrow,” he continues, “but as far as today, your ass gots ta pay.” Balancing somber elegy and hardened battle verse is the essence of ruff neck hip-hop art, and nobody writes ‘em fiercer than the Moby. You never know whether they mean to wet you or lament you.

Spotify Stock Downgraded by Citi, as Podcast Competition Heats Up