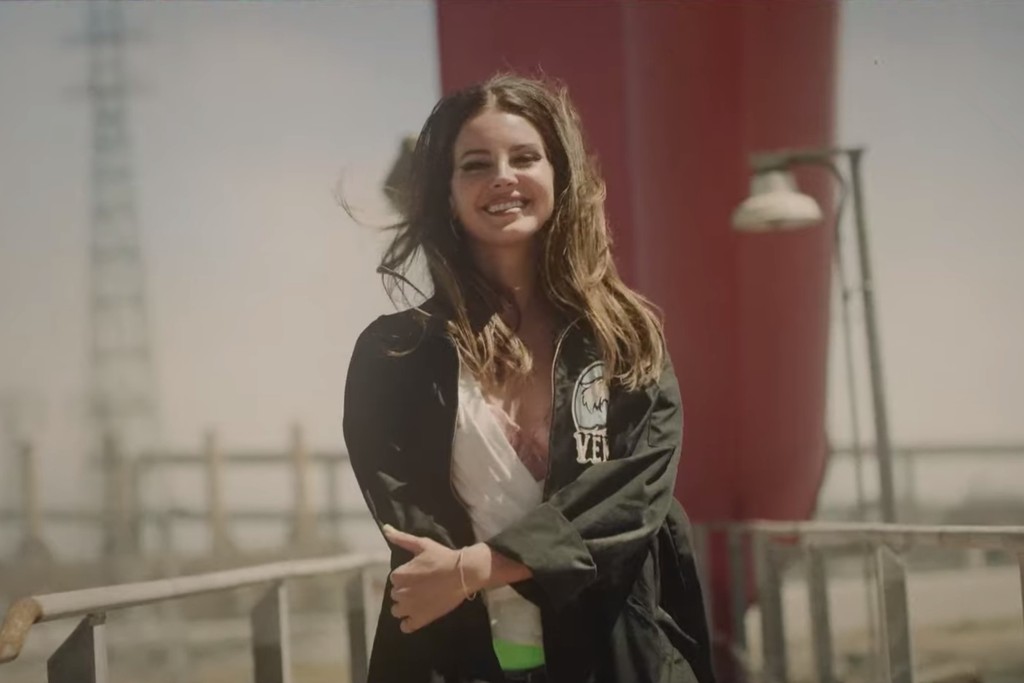 Lana Del Rey has released two new songs titled “Fuck It I Love You” and “The Greatest” from her forthcoming sixth album Norman Fucking Rockwell, in the form of a nine-minute video directed by frequent collaborator Rich Lee. Both tracks are surf-ish rock ballads that reflect on California’s lost mystique. They receive a sepia-toned visual that riffs on vintage postcards and finds Lana surfing, longboarding, yachting, and dancing on the docks. Bon Iver and the National also receive shoutouts on a dive bar jukebox.

Del Rey previously released the album cuts “Hope Is a Dangerous Thing for a Woman Like Me to Have – But I Have It,” “Venice Bitch,” “Mariners Apartment Complex,” and her Sublime cover “Doin’ Time.” Jack Antonoff executive produced the project. Her last LP Lust for Life was released in 2017. Earlier this month, Lana also shared two non-album tracks, “Season of the Witch” and her song about gun violence, “Looking for America,”

Norman Fucking Rockwell is out next Friday, Aug. 30 via Polydor. Watch Lana Del Rey’s video for “Fuck It I Love You” and “The Greatest” below.