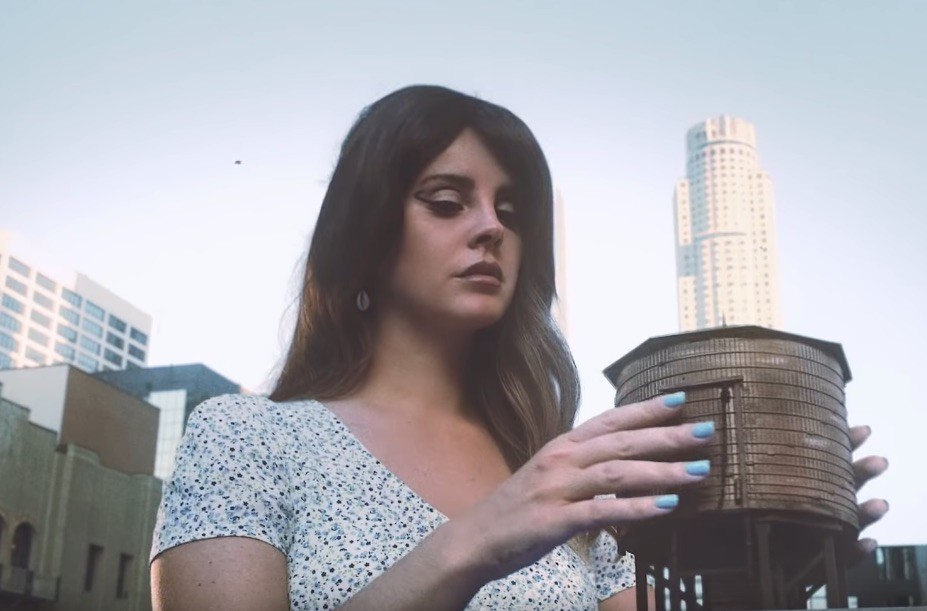 Lana Del Rey has shared a new video for her cover of Sublime’s “Doin’ Time” ahead of the release of her new album Norman Fucking Rockwell! later tonight. In the clip, directed by Rich Lee, a giant Lana is strolling along and causing a ruckus in the California streets in a movie being played at a drive-in theater, before she emerges out of the screen into the real world to do some damage. Speaking of Sublime, the visuals seem to hearken back to a famous video by a different ’90s rock staple.

Lana recently released a 9-minute video for two songs off Norman Fucking Rockwell!, “Fuck It I Love You” and “The Greatest.” She’s also put out “Hope Is a Dangerous Thing for a Woman Like Me to Have – But I Have It,” “Mariners Apartment Complex,” and “Venice Bitch”—which made our Best Songs of 2018 list—in anticipation of the album. She released two non-album songs recently, “Looking for America,” in response to the mass shootings in Dayton, OH and El Paso, TX, and a cover of Donovan’s “Season of the Witch,” for the film Scary Stories to Tell in the Dark.

Norman Fucking Rockwell! arrives at midnight tonight (August 30), and is the followup to Lana’s 2017 album Lust for Life. Watch the video for “Doin’ Time” below.