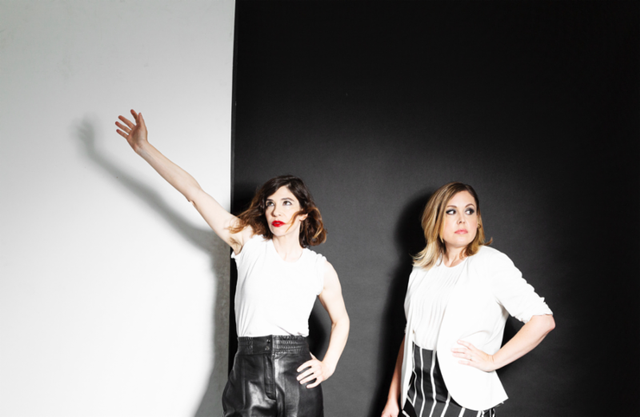 Sleater-Kinney played their first show with new drummer Angie Boylan at the Hopscotch Festival in North Carolina Thursday night, Brooklyn Vegan reports.  Boylan has played in the bands Aye Nako, Freezing Cold, and Little Lungs, among others. Prior to their set, the band shared a photo of Boylan  with her face obscured on their Instagram account and referred to her as “our mystery friend” in the caption. Sleater-Kinney’s reps did not immediately respond to SPIN’s request for comment.

Last night’s show kicked off Sleater-Kinney’s first tour since longtime drummer Janet Weiss abruptly left the band in July. The news was especially shocking given how it happened about a month before the band dropped its new album The Center Won’t Hold.

“The band is heading in a new direction and it is time for me to move on,” Weiss wrote in a statement to fans announcing her departure. A few weeks later, Carrie Brownstein commented on Weiss’s exit by writing “What am I supposed to say? She left. We asked her to stay. We tried,” in response to a fan’s Instagram comment.

Fans at last night’s show shared photos and videos of the 14-song set with Boylan.