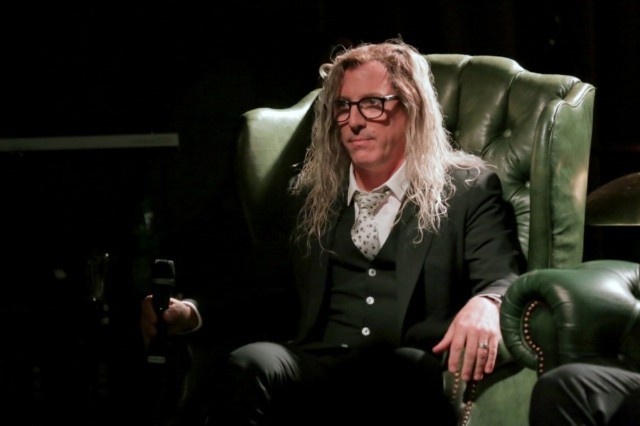 Tool’s new album Fear Inoculum just claimed the No. 1 spot on the Billboard 200 (the biggest debut for a rock album in over a year), but Maynard James Keenan was celebrating early. Last week, when it looked like the album was going to outsell Taylor Swift’s Lover, Keenan took to Twitter to toast his impending victory.

Lucky for him, Lover did actually fall from No. 1 to No.2 this week. This particular incarnation of the Thanos “snap” meme has become increasingly unavoidable in the wake of Avengers: Endgame, which was released earlier this year, and is now the highest-grossing movie of all time; it was only a matter of time before Keenan found his way to it.

A quick scroll through Keenan’s feed suggests this isn’t his first foray into the realm of tryhard internet comedy. He retweeted Megan Amram, of all people, in July, and posted another Avengers meme back in March:

Read our review of Fear Inoculum here, and revisit our coverage of Keenan’s Twitter feud with Justin Bieber and Haley Bieber here.