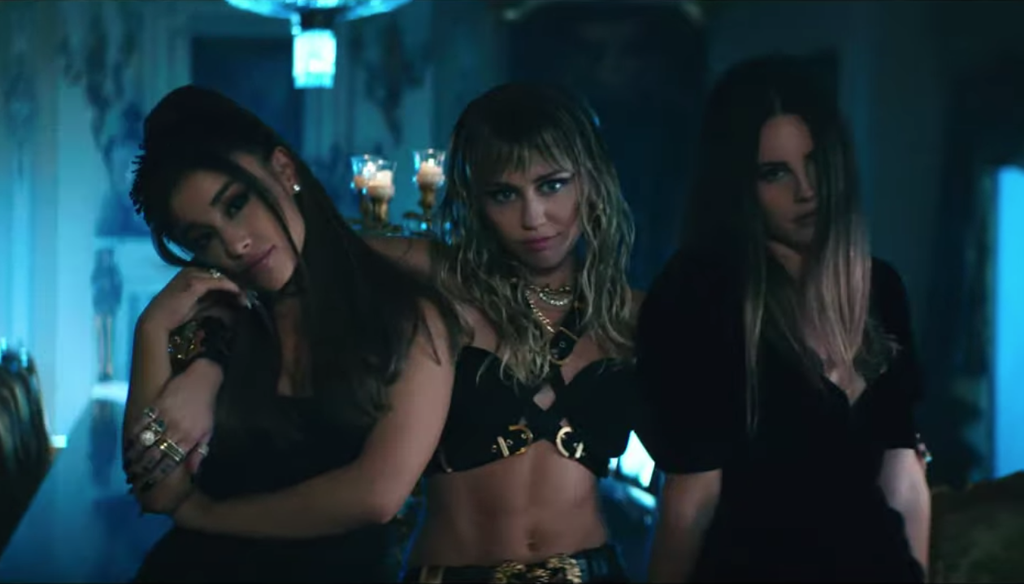 Ariana Grande, Miley Cyrus, and Lana Del Rey have released a new collaborative track as part of the soundtrack for the upcoming Charlie’s Angels film. “Don’t Call Me Angel (Charlie’s Angels)” arrives with an accompanying music video, which finds the three pop stars acting out scenes from the movie in giant angel wings.

In one early shot, Cyrus enters the boxing ring with a male fighter, dragging him around and throwing punches at training dummy. Ariana Grande dances around a church corridor in a pair of white boots, garters, and matching angel wings, singing about how she gets defensive after sunset. For the final verse, Lana Del Rey poses seductively in a steamy temple scene, as the video cuts to shots of her dressed in leather spy attire.

Lana Del Rey’s latest album Norman Fucking Rockwell dropped earlier this month featuring the singles “Mariners Apartment Complex,” “Fuck It I Love You,” “The Greatest,” “Looking for America,” “Season of the Witch,” and “hope is a dangerous thing for a woman like me to have —but i have it.” Watch the video for “Don’t Call Me Angel (Charlie’s Angels)” below.

Idina Menzel, ‘Frozen 2’ Directors, Songwriters & More Discuss the Making of ‘Into the Unknown’