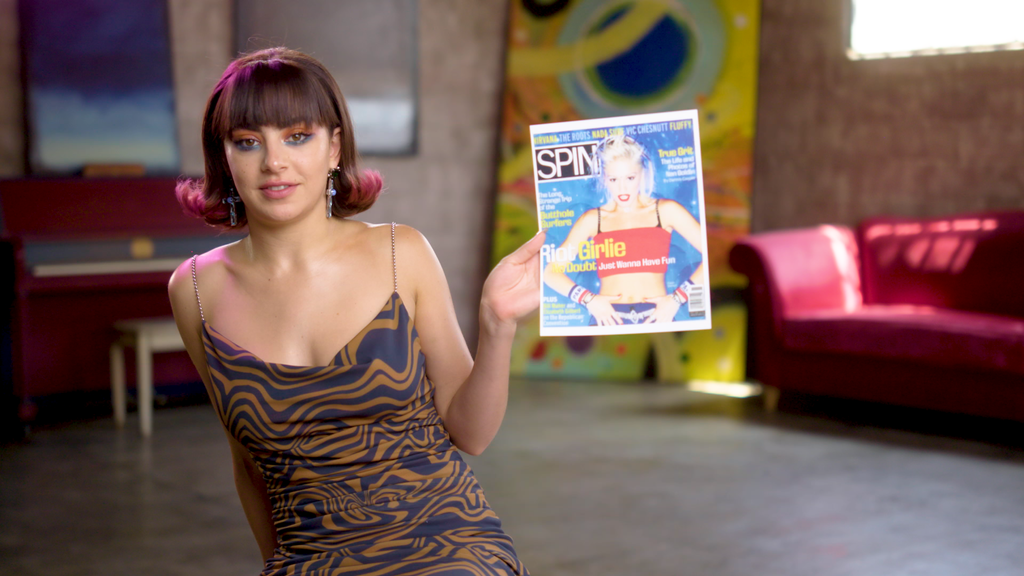 Charli XCX hasn’t been shy when it comes to talking about her favorite musical acts and influences—and sometimes, even her crushes—several of whom have graced SPIN’s covers over the years. So when we sat down with our September cover star, we reflected with her about past classic covers, from Iggy Pop’s November 1986 issue, to Weezer’s July 2002 appearance.

When presented with No Doubt’s November 1996 issue, Charli spoke about her long-held appreciation for frontwoman Gwen Stefani’s songwriting, something the 27-year-old is pretty good at herself. “I really got into No Doubt when I was older, and I re-listened to Tragic Kingdom,” she explained. “But when I was younger, I was definitely really obsessed with Love. Angel. Music. Baby., Gwen’s first album.”

As for The Cure’s Robert Smith, “One of my crushes!” gushed Charli of the English rock band’s singer, who appeared on the cover of SPIN’s March 1988 issue. “A fan made me a voodoo doll of Robert Smith, and we traveled around on tour with this Robert Smith voodoo doll everywhere.”

Watch the video above to see what she had to say about Marilyn Manson, Weezer’s Rivers Cuomo, and Iggy Pop of the Stooges.