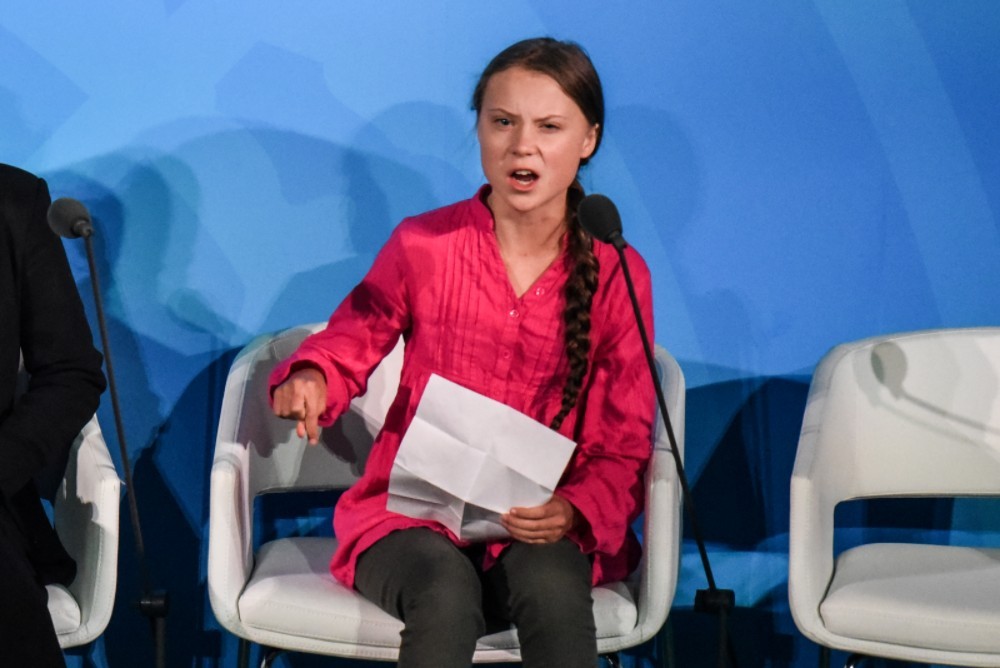 When Swedish climate activist Greta Thunberg wasn’t correctly reading all the adults in the room for filth at the U.N. Climate Action Summit on September 23, she was shooting lasers out of her eyes at President Donald Trump when they crossed paths in the hall.

At least, that’s what it looked like based on this video of Trump wandering into a brief press gaggle while 16-year-old Thunberg, as Reuters so gracefully put it, “watched on.”

Teen climate activist @GretaThunberg watched on as Trump arrived at the #UNGA, where the president promptly shrugged off fresh impeachment threats https://t.co/Rx1nH4hRQi pic.twitter.com/2c8Im4lDJP

Republican strategist/Meghan McCain slayer Ana Navarro shared a .GIF of the moment Thunberg’s face hardens as she notices the Fox News grandpa in chief and his entourage storm into view.

We are all Greta.

Perhaps the teen’s pissed off because Trump essentially blew off the morning’s climate summit to hold his “call for religious freedom,” despite the fact that his administration tried to ban Muslims from entering the country. Perhaps she’s thinking about how the first EPA chief Trump appointed basically looted the agency before getting forced out and becoming an energy lobbyist. Perhaps she’s thinking about how his climate change denial will, to paraphrase her U.N. address, steal her future.

There are so many reasons why someone would react to Trump’s presence with such an intense revulsion, it’s hard to pick just one.