Trump Denies Wanting to Build “a Moot” With Gators at the Border, But Shooting Migrants Is Apparently OK 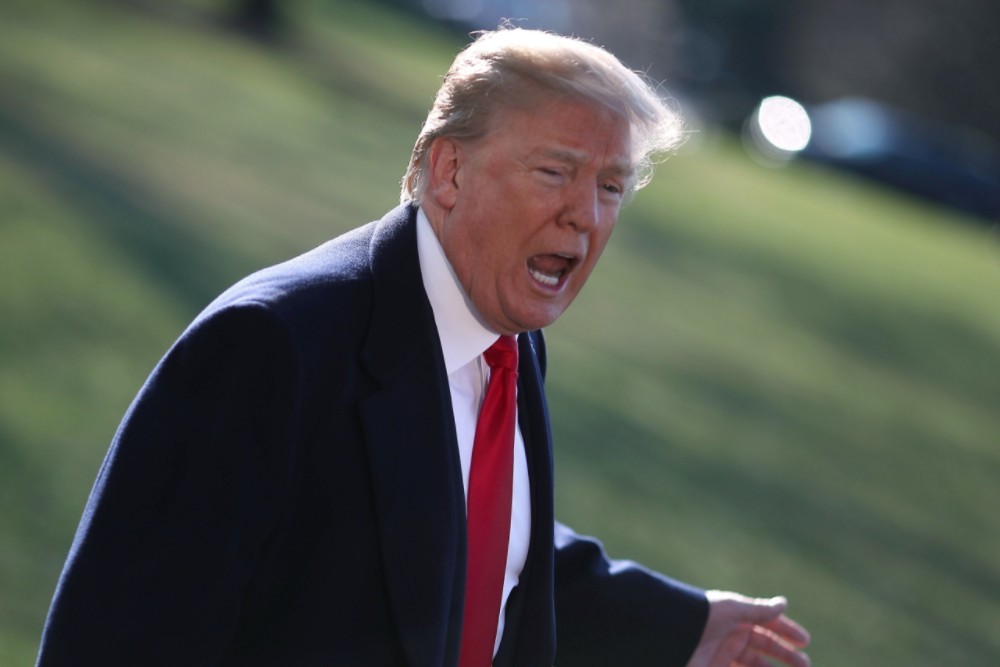 President Donald Trump essentially wants to turn his proposed Southern border wall into something resembling a lethal Temple of Doom theme park, according to a report published by The New York Times on Tuesday, October 1. This proposal, which he shared with aides, would reportedly come complete with a moat filled with alligators and/or snakes.

Privately, the president had often talked about fortifying a border wall with a water-filled trench, stocked with snakes or alligators, prompting aides to seek a cost estimate. He wanted the wall electrified, with spikes on top that could pierce human flesh.

The Times added that the president suggested that border patrol guards should be allowed to shoot migrants attempting to cross the border in the legs to slow them down, which aides reportedly told him is illegal. This idea followed public remarks Trump made about shooting to kill migrants on sight.

It’s shocking, but not wholly surprising, that Trump would want to construct a wall that doubles as a medieval torture device. In December, he tweeted a design of a wall constructed of steel slats that were all sharpened into points, ostensibly designed to impale would-be border crossers.

But it seems Trump didn’t appreciate his alleged watery snake-pit plans getting leaked to the public, and so he spent the morning of October 2 rage tweeting. While denying that he envisioned migrants getting pulled apart by a squad of gators, the president’s thumbs of fury accidentally tweeted out the word “Moot” instead of “moat.” He has since deleted and corrected it, but here’s a screen grab for posterity’s sake:

Before it gets deleted: A “Moot.” pic.twitter.com/12JtSmQhEE

Something the president didn’t take issue with in the morning’s Twitter screed was his reported suggestion that migrants—aka vulnerable people fleeing desperate conditions—be shot in the legs. He’s apparently fine with that.

Now the press is trying to sell the fact that I wanted a Moat stuffed with alligators and snakes, with an electrified fence and sharp spikes on top, at our Southern Border. I may be tough on Border Security, but not that tough. The press has gone Crazy. Fake News!

Trump’s previous visions for the wall included that it somehow be solar powered, but transparent so that people could avoid the giant bags of drugs he envisioned will get tossed over the wall. The alligator moat is arguably a more coherent vision.