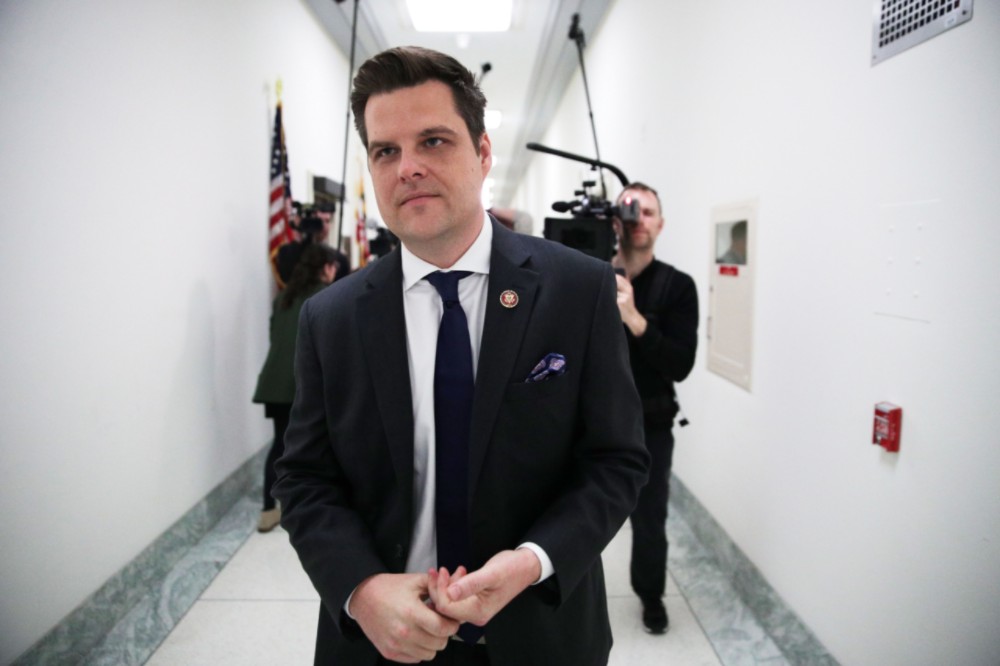 Rep. Matt Gaetz has been one of President Donald Trump’s most vocal defenders since getting elected to Congress in 2016. The Republican from Florida isn’t above espousing flimsy conspiracy theories in order to obfuscate reports that credibly implicate the president’s participation in various high crimes and misdemeanors, and will think nothing of putting his license to practice law in jeopardy in order to intimidate witnesses prepared to testify against Trump. He’s also never met a talking point too stupid to deploy during a Fox News hit. And like his hero Trump, Gaetz also cozies up to white nationalists.

The Florida rep is almost everything you’d want in an attack dog: fairly telegenic, loud, loyal, and willing to publicly debase himself in order to protect a president who wouldn’t hesitate to toss him under the bus the moment it became politically expedient. Unfortunately, Gaetz is also profoundly dumb.

I could list all the examples over the last few years proving that Gaetz is just a meathead in a suit, but he proved this point himself on October 8. That’s when he defended the White House’s decision to prevent Gordon D. Sondland, the United States ambassador to the European Union, to testify before three House committees, including the House Intel committee led by Rep. Adam Schiff of California, as part of the impeachment inquiry.

“What we see in this impeachment is a kangaroo court,” Gaetz told reporters, “and Chairman Schiff is acting like a malicious Captain Kangaroo.”

Matt Gaetz: “What we see in this impeachment is a kangaroo court and Chairman Schiff is acting like a malicious Captain Kangaroo.” pic.twitter.com/QQPaj8sR0p

I would love to send Ambassador Sondland, a really good man and great American, to testify, but unfortunately he would be testifying before a totally compromised kangaroo court, where Republican’s rights have been taken away, and true facts are not allowed out for the public….

I’ll admit that I didn’t know the specific origin of the term “kangaroo court,” a term typically applied to trials that disregard existing laws and principles, before today. But I knew damn well it had nothing to do with beloved children’s entertainer Bob Keeshan, who played the hirsute Captain Kangaroo on the eponymously named TV show for 30 years before its cancellation in 1984. Gaetz apparently didn’t know that, which resulted in a grown man calling Schiff “a malicious Captain Kangaroo” in earnest in front of a press gaggle.