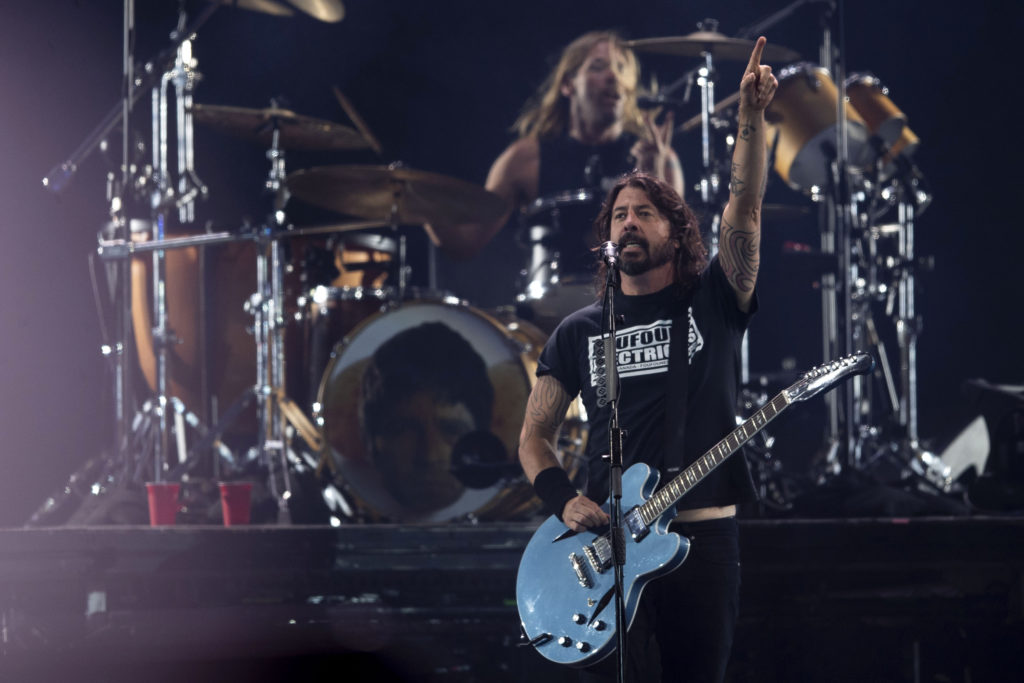 The two tracks couldn’t feel further from the rest of the Foo Fighters’ catalogue, but despite the sonic differences of the originals, Dave Grohl and co. were still somehow able to work their magic, making the songs sound surprisingly close to the band’s ’00s material. “Planet Claire” becomes an especially-intriguing instrumental jam, layering waves of face-melting distortion atop the tight-knit drumming present on the original track.

Elsewhere on the EP, the band offer newly-packaged versions of songs recorded for movie soundtracks at the turn of the decade. As Consequence of Sound points out, “The One” originally appeared on the soundtrack for the 2002 film Orange County starring Colin Hanks and Jack Black, while “Win or Lose” was featured in the 2001 snowboarding movie Out Cold. The songs both were later released as B-sides to the band’s One By One single “All My Life.”

Foo Fighters’ latest album Concrete and Gold was released in 2017. The band is rumored to be working on the followup to the album, and have continued to perform live in the interim. The band have continued their tradition of bringing smaller fans on stage to perform with them at recent sets, where they were joined by kids as young as 5-year-old Taylor, who performed with them on August 19, 2019.

Hear the band’s new B-52’s and Psychedelic Furs’ covers below.