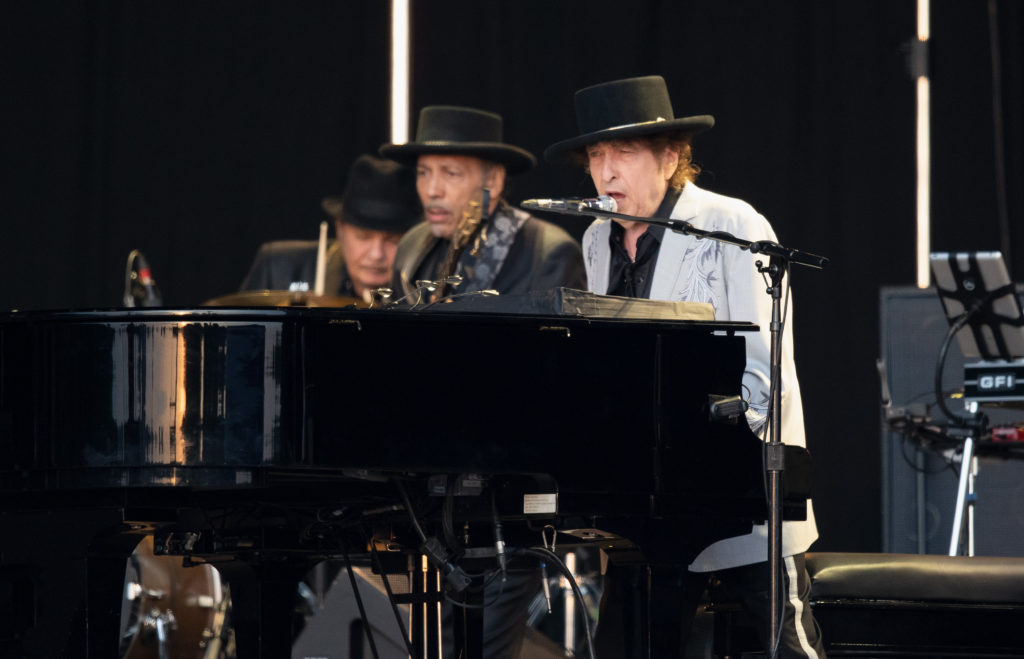 Bob Dylan performed in Irvine, California Friday night (October 11, 2019) for his first North American show of the year, and during his set, the songwriter played his Shot of Love standout “Lenny Bruce” for the first time in over a decade. As Rolling Stone points out, the set marks the first time that Dylan and co. have played the song live since 2008.

The performance also found Dylan joined by two new members of his live band: drummer Matt Chamberlain and guitarist Bob Britt. As Rolling Stone also notes, Chamberlain filled in for Dylan’s longtime drummer George Recile, who has played with him since 2002. Chamberlain has previously performed with acts like Soundgarden, Peal Jam, Liz Phair, Tori Amos, and more in his over 25 year career.

Bob Britt has an equally compelling resume, performing with acts like John Fogerty, the Dixie Chicks, and Leon Russell. In 1997, he played guitar on Dylan’s landmark double-album Time Out of Mind, performing as a session musician on songs like “Standing in the Doorway,” “‘Til I Fell in Love with You,” “Not Dark Yet,” and “Cold Irons Bound.”

Elsewhere in his set, Dylan performed the 2000 deep-cut “Things Have Changed,” which was originally written for the film Wonder Boys and later released as a standalone single. Though cellphones were technically banned from the show, video of the performance still somehow found its way online, and can be heard below in full.

Friday night’s performance marked the first stop of Dylan’s so-called Never Ending Tour, which continues into late November with dates in Denver, St. Louis, Milwaukee, Baltimore, Ithaca, Providence, and more in the coming weeks. The songwriter recently announced Travelin’ Thru, 1967–1969: The Bootleg Series Vol. 15, a three-disc collection of archival recordings that includes unreleased collaborations with Johnny Cash and is due out November 1 via Sony’s Legacy Recordings division.