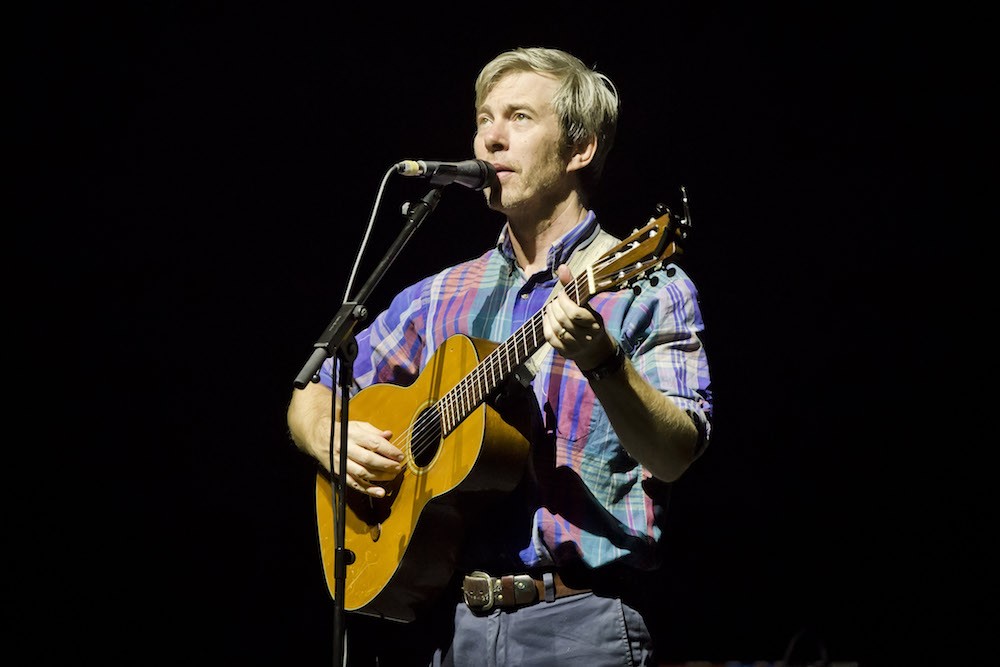 In addition to being one of our greatest living songwriters, Bill Callahan is pretty good on Twitter. He joined late last year, and tweets only infrequently, offering wry observations and sweet half-jokes about his life as a musician and father, of a similar sort to those that populated his endlessly rich latest album Shepherd in a Sheepskin vest. Today, he shared a brief video of himself onstage, covering his late friend and labelmate David Berman’s song “I Remember Me” (which he’s played live at least one other time since Berman’s death in August) while a young child (his son?) leans enthusiastically against his leg.

The combination of factors here—the poignance of the tribute to Berman, the cuteness of the kid, the way Callahan just keeps playing as if nothing out of the ordinary is happening—make this a particularly life-affirming 15 seconds of video. If you are feeling a little bit sad for any reason this afternoon, watching it might help. You can do so below.