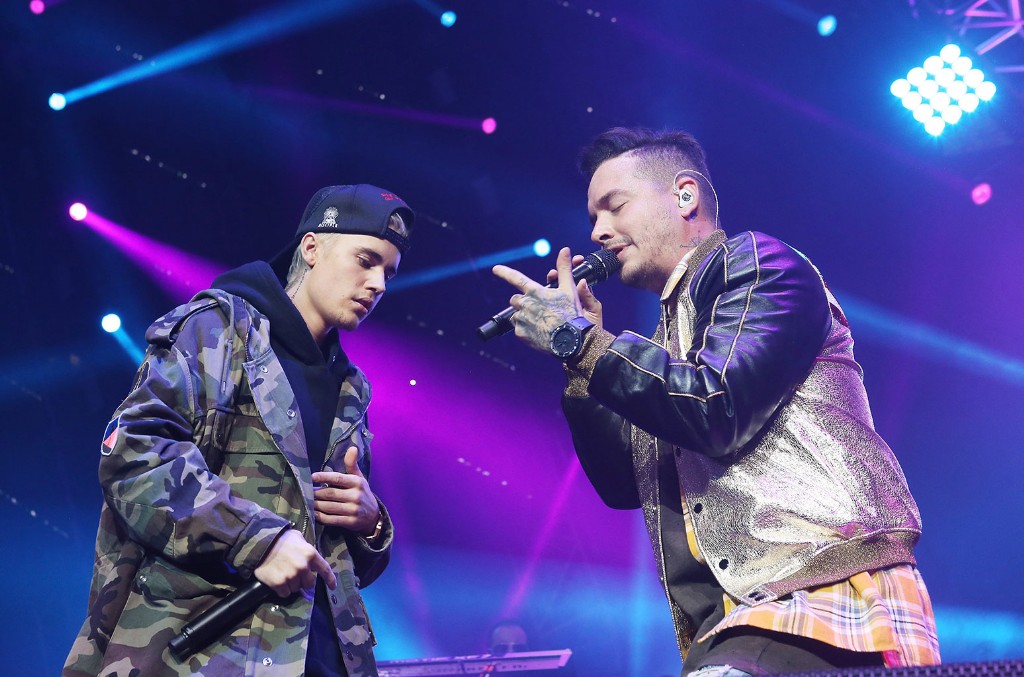 JB was spotted filming a music video for the Spanish-language song “La Bomba.”

After Justin Bieber‘s Seasons docuseries gave a sneak peek of Bieber in the studio recording a Spanish-language song titled “La Bomba” in episode 3, a new video surfaced of Bieber busting some dance moves and singing Spanish while filming what appears to be a music video for the track — even though it didn’t make the final cut for his just-released Changes album.

According to TMZ, J Balvin is featured on “La Bomba,” which sources tell Billboard will not be on Balvin’s forthcoming album, titled Colores, either. So it’s looking like a stand-alone song for now.

Bieber and Balvin, both managed by Scooter Braun, have collaborated in the past. Balvin was featured on Bieber’s “Sorry” remix and they performed the track together at the 2016 Calibash in Los Angeles.