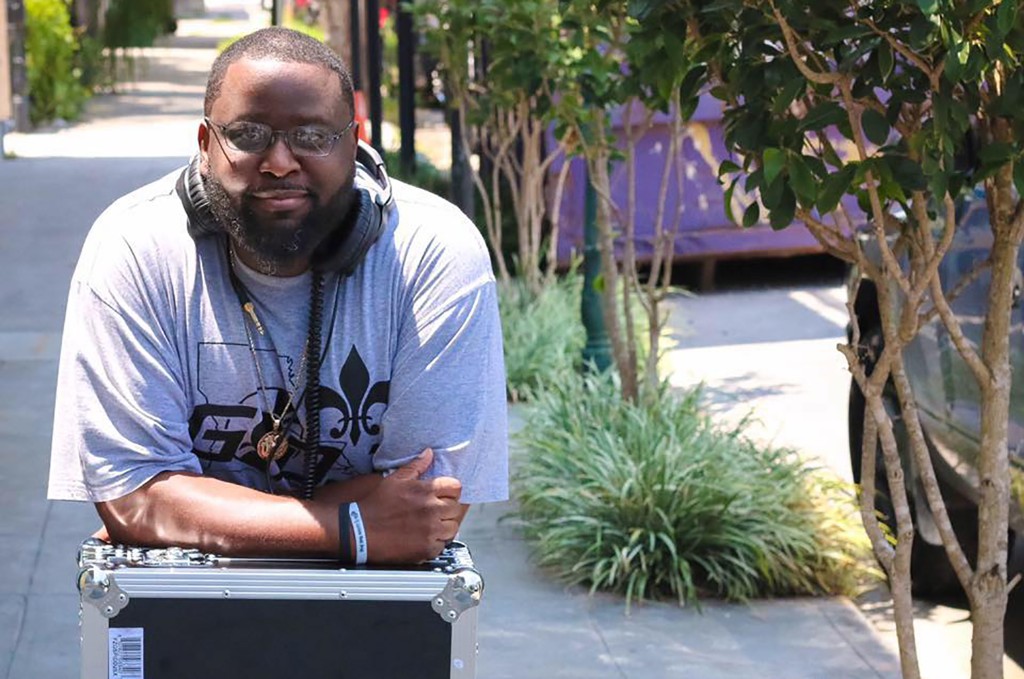 Oliver Stokes Jr. had his priorities, the most crucial of which were taking care of his family, looking out for the students he worked with and getting everybody at any given party out on the dance floor.

Stokes, known to many as New Orleans DJ Black N Mild, died March 19 due to complications from coronavirus. He was 44 years old. Stokes is credited for bringing the sound of New Orleans bounce to the radio through his shows on myriad NOLA stations.

“When no one else wanted to give them a chance, he was the one who gave them their chance,” his wife Cassandra Stokes tells Billboard. Artists including Big Freedia and late New Orleans rapper Magnolia Shorty got early breaks when Stokes played their music on his mix shows on Hot 104.5 and WBOK, where his Rhythm and Bounce show was featured on Saturday nights from 2013 to 2017.

Stokes also made his name through his own remixes and the countless clubs and parties he played in his native city and throughout Louisiana, Texas and beyond. At an industry party in 2004, Stokes recalled in a 2012 interview with Tulane University, “Doug E. Fresh pulled me to the side and was like, ‘Man, I’ve heard a lot of DJs in my time; you were one of the smoothest DJs I’ve ever heard.'”

“He was very charismatic,” Cassandra Stokes tells Billboard. “He was able to get a crowd jumping in a minute. He’d play any song he needed to to get people on the dance floor. … He wanted you on the dance floor. He didn’t want you in the corner. He did not like that.

“Any request people had, he had it — and if he didn’t have it, he was going to find it,” Cassandra continues. “He made sure he always made the crowd jump. As long as the crowd was on the dance floor, he was smiling, because he knew he did what he was supposed to do to make that party as lit as possible.”

The couple started dating after Hurricane Katrina and were together for five years before getting married in 2018. They have four children between them, ages 11, 11, 9 and 8. The children, Cassandra said, were the driving force in Stokes’ life, with summer vacations, movie nights, trips to the park and to the bowling alley filling his calendar when he wasn’t playing shows. “The children just gravitated to him,” Stokes says.

Stokes’ love of kids extended to his work as the dean of students at the Arthur Ashe Charter School, where he also coached football. The students, his wife says, loved him, and he always paid special attention to students who needed “an extra little push.”

But everything changed March 9, when Stokes went to urgent care after the return of a cold he thought he’d beaten. While his test results came back negative for flu and pneumonia, he was prescribed medicine including Tamiflu, although his symptoms weren’t alleviated.

“He still wasn’t feeling good and was coughing up a lot of phlegm,” Cassandra recalls.

Stokes then made an appointment with his primary care physician, who took X-rays and told him he had pneumonia. They decided he needed to go to the emergency room, where he was then admitted. Cassandra was not allowed to visit because her husband was put in isolation, but when they spoke on the phone the morning and evening of March 12, he was struggling to breathe. He was put on a ventilator at 5 p.m. that evening.

“It just went from there,” Stokes says of his decline. On March 14, doctors informed the couple he had coronavirus.

While in the hospital, Stokes developed kidney issues, which Cassandra feels contributed to his decline, along with his pre-existing diabetes and hypertension. Her husband died on March 19.

“I never in a million years thought I’d be putting my husband to rest because of this,” Cassandra says, emphasizing the importance of staying home to avoid spreading the virus. A date for Stokes’ funeral services has not yet been set, although his wife says, “Social distancing is putting a damper on a lot of things we would normally do” for the service.

“The world can remember him as a fun-loving, let’s-get-this-party-started DJ,” she continues. “I’m going to remember the loving husband, the provider, the funny guy that would always leave me sticky notes.”