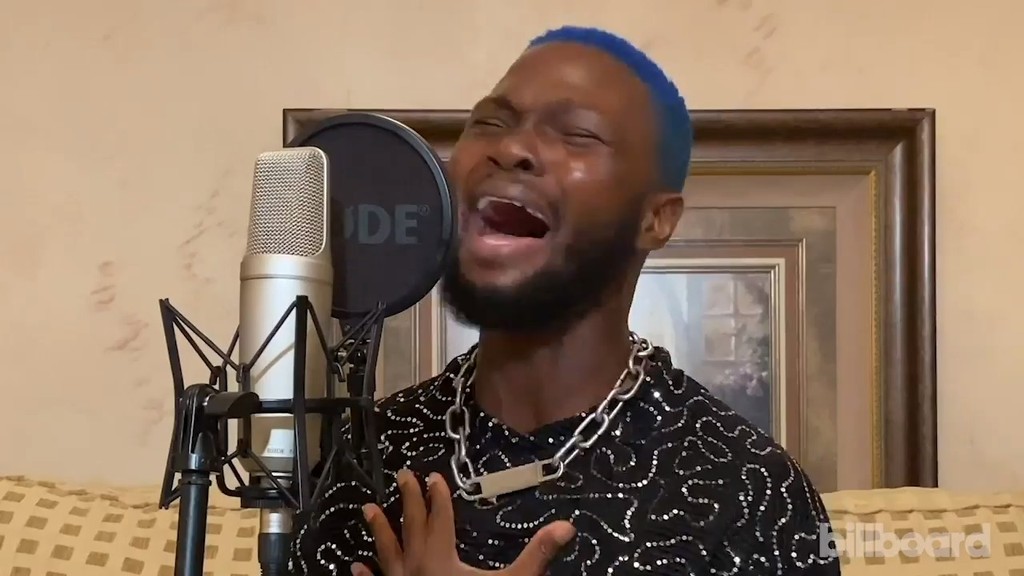 Rising self-described “electro-fusion” artist WurlD kicked off the final day of performances on Saturday (May 23) for Billboard‘s Platoon Africa Artist Showcase with a fun and funky Billboard Live At-Home performance.

Sitting in his living room, dressed in a sparkling black sweater and accompanied by his bassist and guitarist (both wearing masks), WurlD offered up a special showcase, combining (in one case, literally) the music of his past projects, including I Love Gurls With Trobul, Love is Contagious, and his latest, AfroSoul.

“Hope you guys are staying safe,” he told his fans watching the stream. “We are in this together, and together I believe we will survive.”

After giving fans another soulful taste with his song “Feel Right,” WurlD tried something new. “Today, we created something special for you guys where we merged two songs.” Mashing up his songs “Trobul” and “Mad,” the rising star got into a brand new groove, giving fans to get up and dance to. “Dealing with my stress, dealing with your stress,” he sang. “Bembelembe is you ok?”